Branding for stageplay "Der Brenners Karl vom Blumenhof" near Stuttgart in Germany. The play is a german tale about a huntsman tricksing the Death to become immortal. 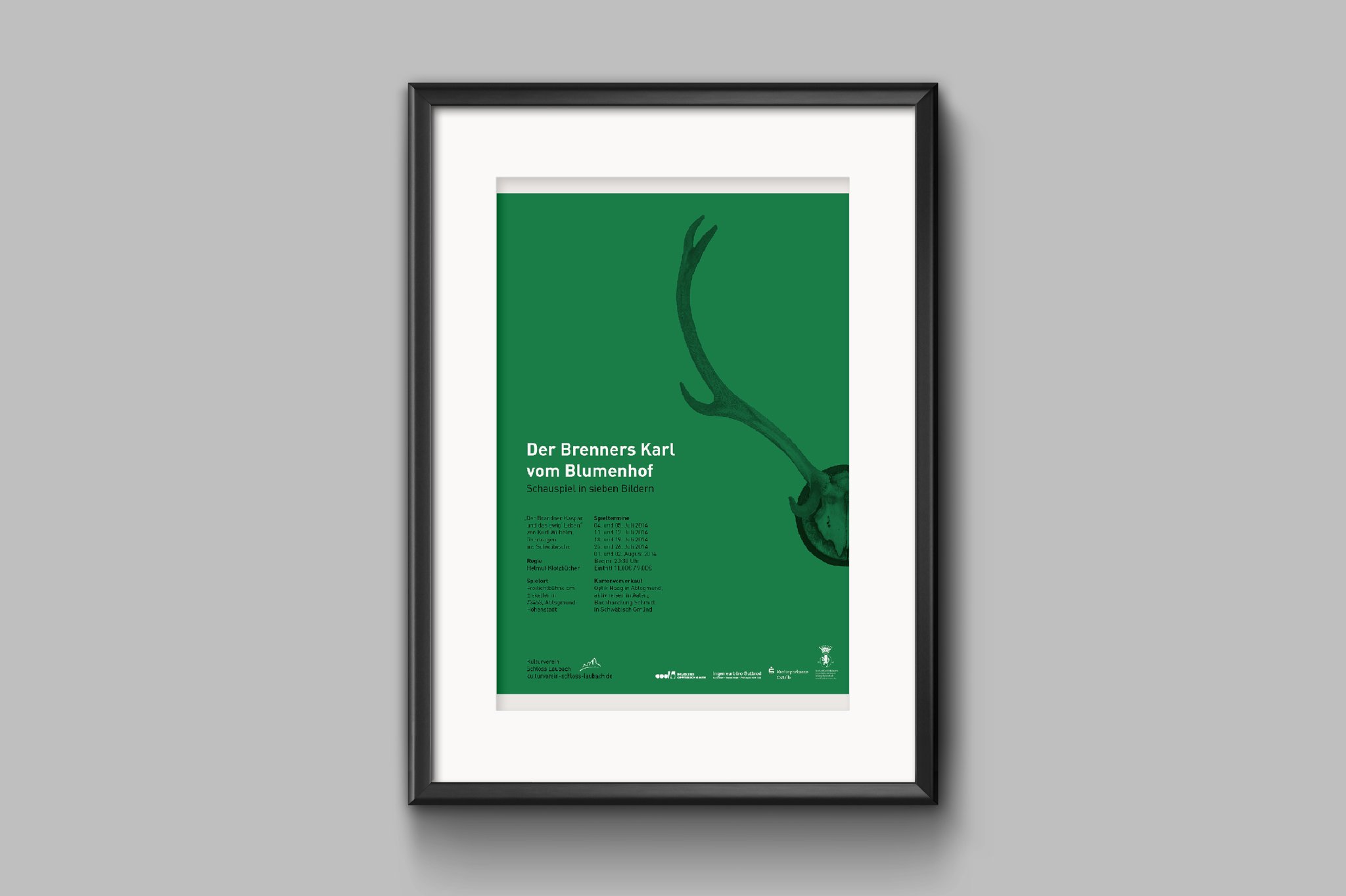 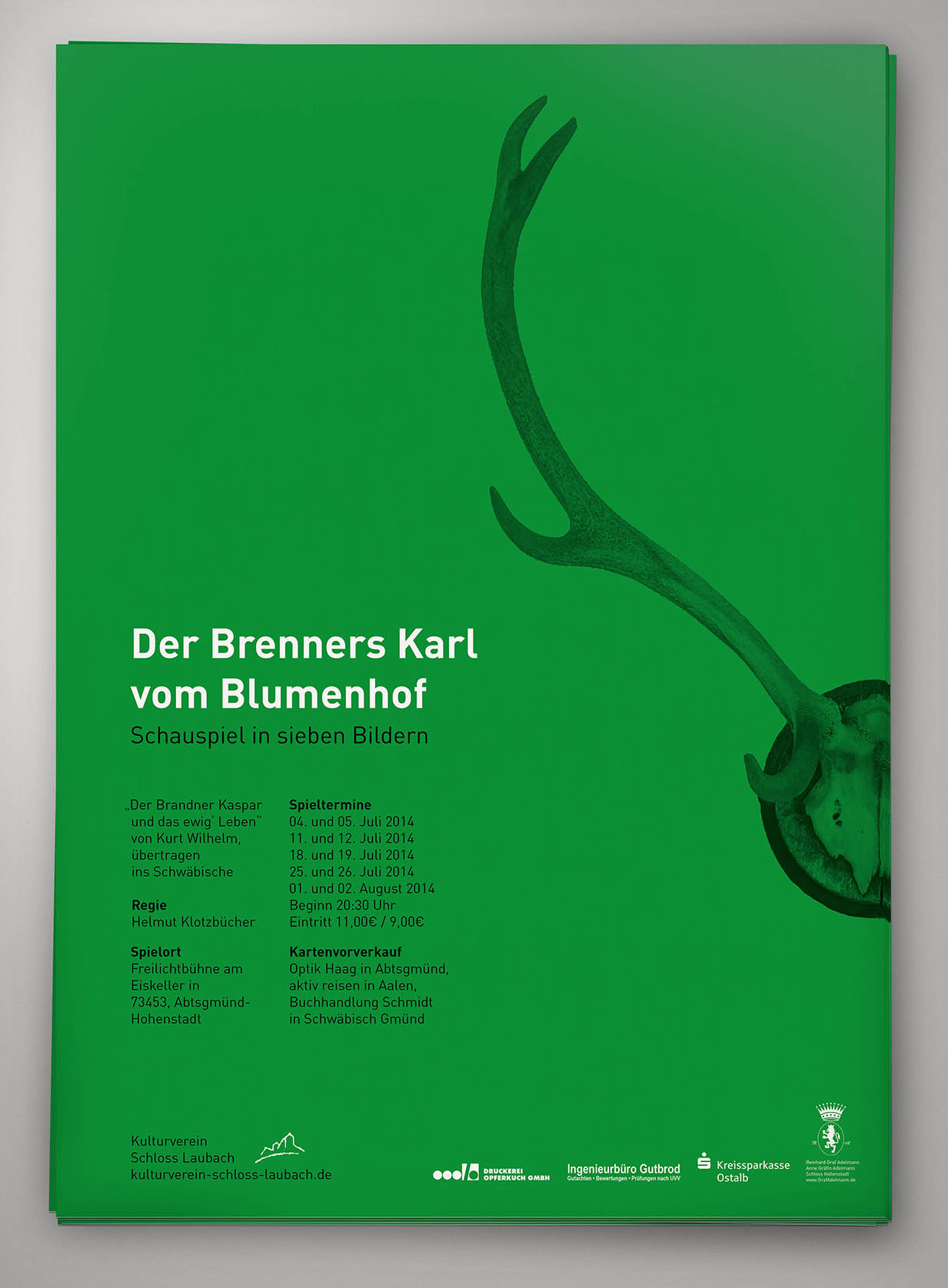 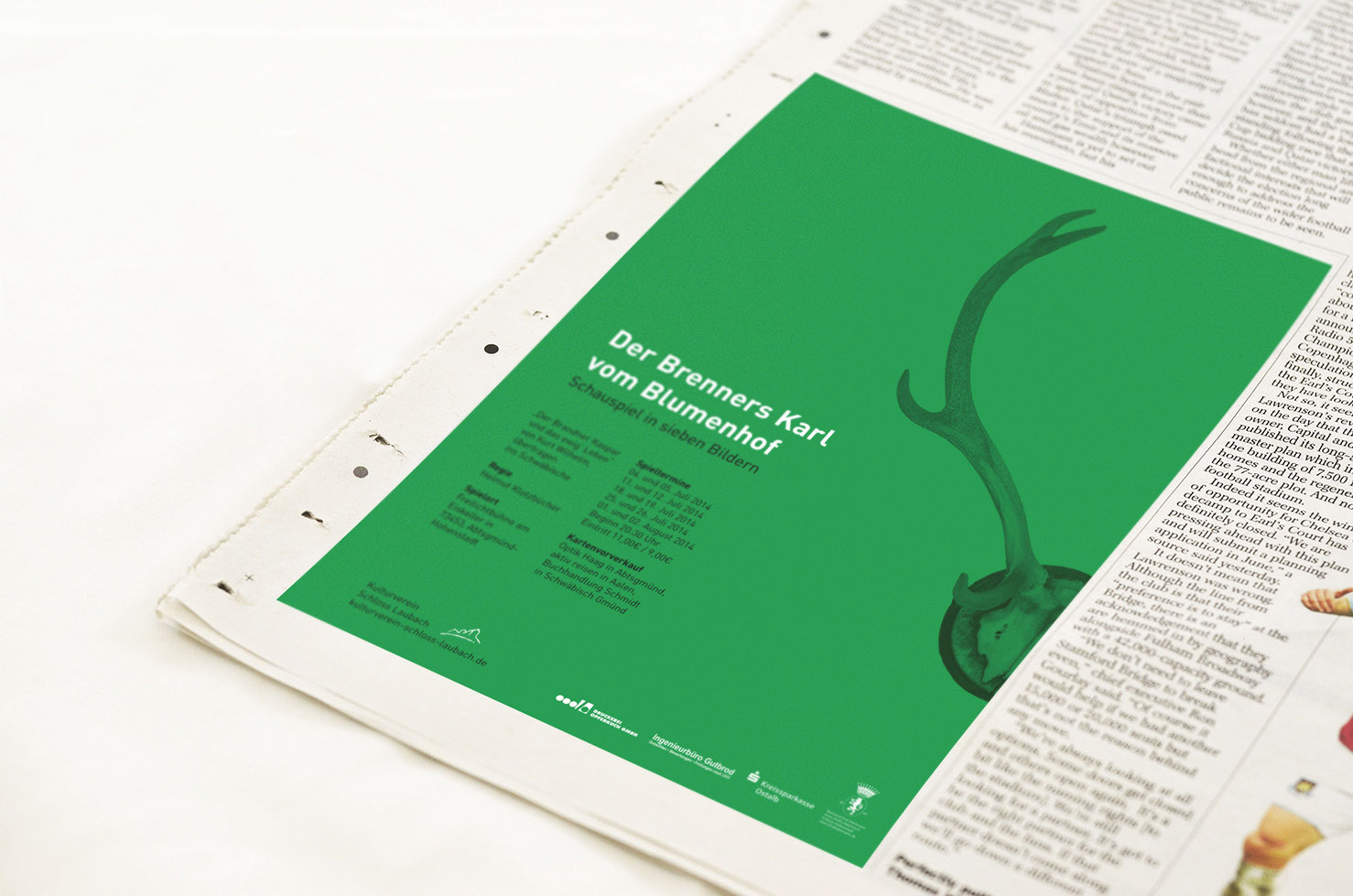 The stageplay "Der Brenners Karl vom Blumenhof" has taken place at an open-air stage in Abtsgmünd-Hohenstadt. Everything was organized by Kulturverein Schloss Laubach e.V. The play is a german tale about a huntsman tricksing the Death to become immortal. My entry won the priced competition for the best Branding and Poster Design, which they started, aiming for a unique concept.

A long time ago I have seen the original "Der Brandner Kasper" written by Kurt Wilhelm as a stageplay in Bavaria. As hunting played a big role in the tale, my main influence was huntsmanship, forests and mountains. Spending a few days in Munich, I removed a rack of antlers from my old friends shed to take photos inside of a photo studio. It later played a big role as main element of the Branding.